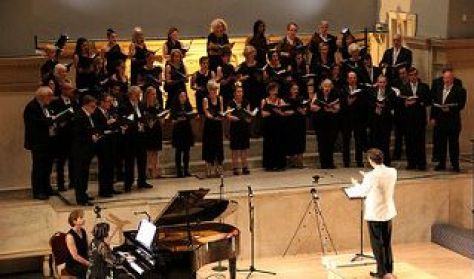 Founded in 1971 by Gwen Gould, the West Village Chorale is a non-sectarian, community based, not-for-profit organization. From January 1998-June 2000, the Chorale was led by Dr. Andrew Megill, and from September 2000-July 2015, Michael Conley was the Chorale’s Artistic Director and Conductor.  For the 2015-16 season, the Chorale…

No program is currently running.

In 2010, after many years based at the Church of St. Luke in the Fields, the Chorale moved to the historic Judson Memorial Church, located on the south side of Washington Square, at the heart of the West Village.

The Chorale had its beginnings in service to the community and has continued that tradition for the past 40 years. Our annual Caroling Walk through the streets of Greenwich Village has become a popular holiday tradition, as has our Messiah Sing. The 10-week Summer Sings series provides a forum for music lovers to sing classic choral works, each led by one of the New York area’s outstanding choral conductors. The West Village Chorale is listed on the Vocal Area Network and Choral Net.