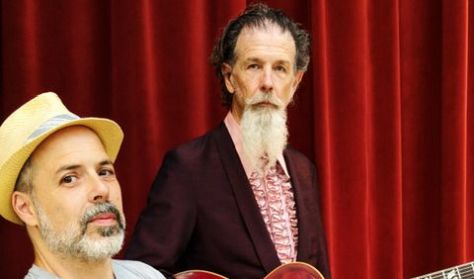 Rob Curto is an accordionist, composer, arranger and keyboardist based in New York and Philadelphia. He is a founding member of the band Matuto which was chosen to represent the United States State Department overseas as part of the American Music Abroad program in 2013 and 2015. He has released 4 CDs as a band leader and is a prolific composer/arranger.

Their collaboration marks Mr. Parks’ third appearance at Cathedral Arts Live. He previously delighted audiences with a solo performance, a reimagining of traditional spirituals with Jersey City singer Vivian Sessoms and a reunion with Stephanie Winters, his former bandmate from The Nudes.

Sponsored by HCOCHA and BCB Bank